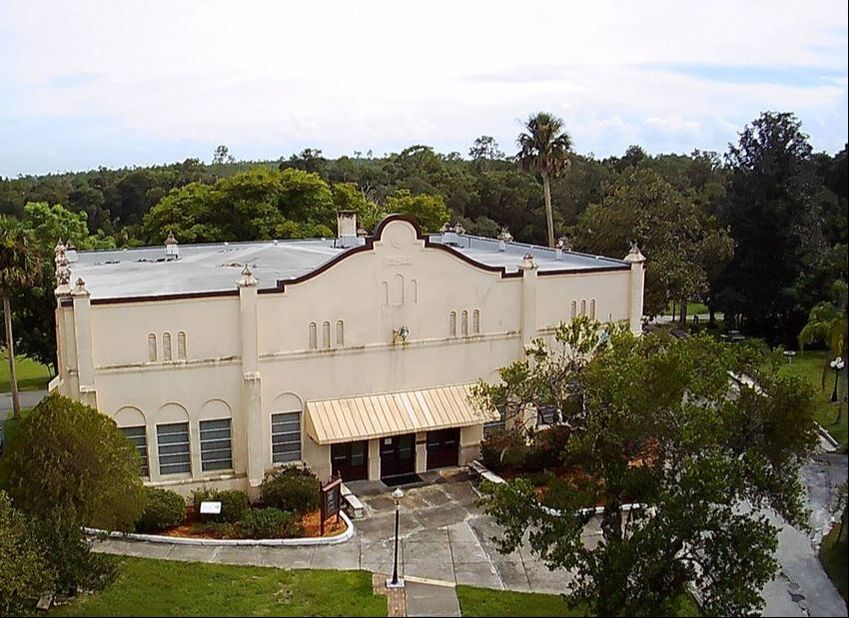 The original building at this location was built in 1895 and known as the Auditorium. The building had an unusual octagonal shape and was made entirely of wood. In 1923, construction was started on its replacement structure built of locally created “sand brick” in a Mediterranean style of architecture. Over the years, this building has had many uses, including that of a general meeting hall. In 1975, the building was renamed “Colby Memorial Temple” in honor of George P. Colby, an early benefactor of the Camp and is used primarily for church services today.
Colby was born in 1848 and was a well-known trance medium in his time. He traveled across the country conducting seances and public speaking. He served churches across the USA as a Trance Speaker. In 1875, Colby received instructions from his Spirit Guide, Seneca, to travel to Florida to establish a Spiritualist Camp. Following his arrival by boat at Blue Springs near Orange City, he discovered this area which matched the vision he had been shown. He then purchased the land that eventually became Cassadaga Spiritualist Camp.
BACK TO THINGS TO DO PAGE