Helpful Hints for Your Walk 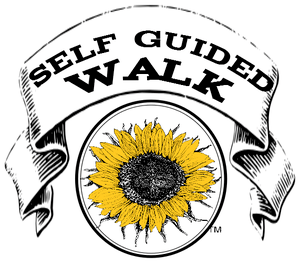 Before you start, please check out these suggestions and a bit about our history below them.
·    Wear comfortable walking shoes
·    In the event of hot weather it is a good idea to have water bottles with you
·    The only restrooms and water fountains are at the Welcome Center –AJD building.
·    Watch out for vehicles driving along the tour road, move aside to let them pass.
·    Much of the terrain is uneven.
·    Total distance of the walking tour is 1/2 mile long and usually takes about 20 minutes to complete.
·    The Camp streets close from dusk until dawn so plan to complete the tour during daylight hours.
·    One 150 foot section has a steep incline.
·    There are few sidewalks in Cassadaga Camp so please be aware of vehicle traffic at all times. 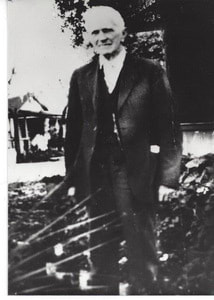 George Colby
During the latter part of the nineteenth century, the Southern Cassadaga Spiritualist Camp Meeting Association, incorporated in 1894 by northerners, is the oldest religious community in the South. Cassadaga is a quaint and charming central Florida town that is rich with history. For many residents, the Camp's natural setting is itself a tranquil sanctuary. The town's historic buildings and small parks largely developed between 1894 and 1945.

Spiritualists Camps appeared in warmer climates to provide winter retreat for Spiritualists who wished to escape the cold of winter. The physical surroundings were much the same as those of Cassadaga, New York. George Colby, is given credit for being the founder of Cassadaga, promptly named "Southern Cassadaga".

Cassadaga emerged as a vibrant community that reflects the personalities and forces behind the founding of the community. The development and layout of the camps physical marking of streets, blocks and lots went through many revised plans. In 1895 the town's first plan covered sixty acres of rolling terrain. Residents named streets for landscape features; founding members of the Association, former US president, and a few years’ later new streets were named for contemporary leaders of the community.

The front entrance originally was located at Marion Street and Cassadaga Road. There was a guard shack and a post. When the Cassadaga Hotel fire of December 26, 1926 happened, the entrance was moved to Cassadaga Road and Stevens street. The N.N. Jacobs Lumber Company of Deland restored the new entrance gates donating brick columns finished with stucco and embellished with urns completed with a drinking bucket for water.
BACK TO THINGS TO DO PAGE